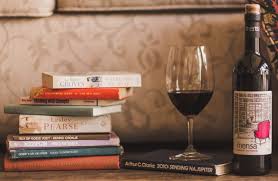 Last night, I attended a wine tasting and poetry reading hosted by my book group at a local independent bookstore.

We sipped wine and ate chocolate and gabbed. I shared a poem called “Boomerang Valentine” by spoken word poet Andrea Gibson and a poem I wrote that was just published in a collection of gender-neutral love poems.

In between wines, I boasted about some pieces I’ve written that will be published later this year.

And then I wondered, what if I am living the life? What if this is it? 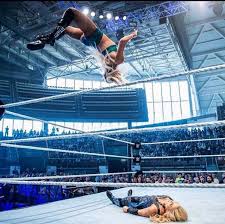 My stomach did a little flip like Charlotte Flair performing a moonsault. Woo!

I looked around at our group of 20 women who had come out to drink wine and listen to readings about love on a freezing February night.

If you haven’t picked up Andrea Gibson’s new book, Lord of the Butterflies, I urge you to do so. Gift it to yourself or a loved one. Gibson is a spoken word poet who writes about gender, love and growing up liking only the boys they wanted to be. Their words will break your heart and repair it so it beats truer than it did before. 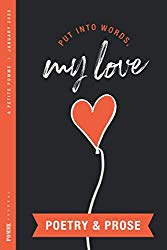 If you want more poetry, try Put Into Words, My Love by Pomme Journal. This petite book, which is about the size of a brown sugar cinnamon Pop-Tart, contains 57 gender-neutral musings on love, including my poem, “things that glow.” The accompanying line illustrations will make you smile. It’s the perfect I Love You gift for everyone on your list.

Who are your favorite poets? What are you reading these days? It’s been awhile. Let’s catch up.

Just this for today:

“Don’t be oppositional, be transformational. Don’t let them bait you or scare you. Don’t react to the darkness, just respond with the light.”

W and I are making plans to attend the Women’s March on Washington next Saturday.

On Friday, we are driving from Philadelphia to Baltimore and staying overnight.

We will be heading to D.C. early Saturday morning.

We are coordinating with friends and looking into parking and keeping an eye on the weather.

A few weeks ago when I mentioned the march to some friends, they told me to be careful. “There will be protesters,” someone cautioned in a heavy, serious voice. It was as if they were telling me about something I hadn’t considered like the Beltway getting backed up as early as 3:00.

It was at that moment that I realized that most people have not had to deal with a someone shouting into a megaphone and waiving a sign in their faces and telling them they are going to hell.

Note: If you are gay, this is something that happens to you on a regular basis when you gather with other gay people. Even in 2017.

Good morning, my flannel-lovin’ followers.  I thought I would take some time to talk about some of my favorite things — books and writing.  We’ll have to save some of my other favorite things — Joan Jett, 30 Rock, Heidi Klum and the chips and queso at California Tortilla — for some other day.

I’m still actively participating in my weekly writers’ group.  Every time that I write something about the meetings, W points out that I refer to it as “group” like I’m talking about group therapy.  She says it’s cute.  She pretty much thinks that everything I do is cute.  This is not a bad problem to have.

In a way, my writers’ group is like group therapy.  It is a safe place.  We share our most intimate life experiences.  We support and encourage each other.  We draw knowledge and wisdom from the other group members.  Bonus: It’s a whole lot cheaper than traditional group therapy.

Often, I find myself mentally and emotionally exhausted yet exhilarated from these group sessions.  It is not the physical pen-on-paper aspect of writing that wears me out.  Instead, it is the process of delving deep and transforming some of my life experiences into words that is so tiring.  In the end, it is a rewarding experience that is allowing me to take control of my life and to move forward with my life-long dream of writing a book.

Some of the members of my group belong to another writing group, and they have penned chapters or poems that appear in a published anthology called Slants of Light: Stories and Poems from the Women’s Writing Circle.  It is a wonderful collection of short stories and poems written by a group of very talented women.

I enjoyed the pieces on their own, but I was struck by the power of the anthology as a whole.  It made me think of my own writing group and how we are each made stronger by the other writers.  It might be because of a suggestion in a critique that strengthened a chapter or a chuckle in response to a humorous quip read during a read-around that provides the feedback and encouragement that a writer needs to keep pushing forward.  Even though writing is a solitary pursuit, we can, as writers, gain so much from our fellow scriveners.

I would encourage you to check out Slants of Light.  There’s something inside for everyone, including a very inspiring coming out story penned by one of my friends.  Plus, it’s a great way to support other writers who are honing their craft and working on getting their stories into print.  I know that I’ve been inspired by the mere act of holding their book in my hands.

You can order Slants of Light on amazon.com.

Valet of the Ultra-Vixens

Philogyny for fun and no profit