Metamorphosis and the butch butterfly

Sometimes I think W deserves someone better than me.

Sometimes means during the past few weeks.

I have been moody.

Imagine this storm cloud in flannel.

Not 24/7 moody. That would be full-blown depression. Instead, I have been like a black storm cloud in the summer heat, unpredictable and quick to rain on everyone’s parade.

“You are a lucky woman,” I tell W sometimes.

I call her by her full name when I say this. She thinks it’s cute.

I know this because she crinkles her nose.

I haven’t called her a lucky woman for awhile. 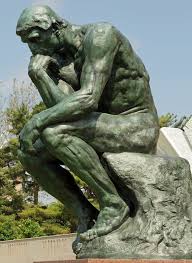 Imagine this dude in flannel.

I wonder if I am moody because I’m a butch. A brooding butch chiseled out of stone and always over thinking things until smoke comes out my ears and my flannel is at risk of catching on fire.

As a general rule, butches are not perky or bubbly or given nicknames like Sunshine or Daisy.

Maybe it’s because I’m a writer prone to endless inner reflection.  Sylvia Plath in a pair of Dr. Marten’s boots.

It could be a combination of the two.  A butch writer.  W never had a chance.

We had a spirited discussion last weekend about the word “wife.” About how W has a desire to use the word to describe me while I would cringe inside about such a female-identified word being used in reference to me.

Later, I told W she should refer to me as her “female lover” just for the shock factor.

I think it’s because I still haven’t figured out who I am. It sounds silly because I am in my 40s. But I still feel like I am in a state of flux, a work in progress.

I wonder if butch is just a transition. Just another phase in my metamorphosis from tomboy to lesbian to soft butch to butch to something else.

When I used to travel to my alma mater to meet up with my college pals, I would drive for as long as I could before stopping for something to drink or to use a restroom.  I usually stopped about two-and-a-half hours into the trip at a McDonalds in Danville, a small town near the center of Pennsylvania.  I would grab two cheeseburgers and a vanilla shake and continue on, excited to see my friends and pop open a cold beer.  I wonder if butch is Danville.  A pit stop and not a destination.

Maybe I’m a butch butterfly after all.

Or is my metamorphosis complete?  Maybe I’m already a butterfly (a butterfly in a flannel shirt and combat boots) and just haven’t realized it yet.

What about you?  Are you a moody butch or in a relationship with one?  Are you still a work in progress or is your transformation complete?