Orange Is the New Black: Savor or devour?

Today is the day.  June 6.  Season 2 of Netflix’s Orange Is the New Black is available.  All 13 episodes.

“How many episodes are we going to watch tonight?” W asked this morning.

Of course, I’m itching to find out what’s happened to Piper and crew.

But I already don’t want it to be over.

You know she wants me.

That’s how much I love Orange Is the New Black.  It’s funny, it’s poignant, it’s got lesbians and Laura Prepon in those black glasses.  Damn.

Besides, it’s the only show out there that can reference Pablo Neruda and female ejaculation in the same episode.  That Jenji Kohan is a genius. 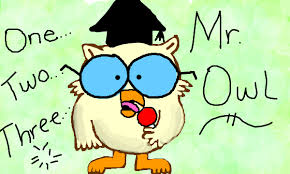 The world may never know.  Wink.

So, binge or save?  It reminds me of a cherry Tootsie Pop and the eternal question of “How many licks?”  (Of course it does, Middle-age Butch.  You know you wanted to say that.)

Maybe we’ll watch an episode Saturday night and one on Sunday night.

All bets are off after that.

You know you can’t stop at just one.

Are you watching OITNB tonight?  Will you binge watch or spread ’em out?

I have seen the light, and it is orange

Four lesbian characters in a row.

As in Orange Is the New Black.

About five minutes into the first episode, I raised my arms in triumph and exclaimed that “the lesbians have their TV back.”

The L Word premiered in 2004 — 10 years ago. Ah, Shane, how I miss you. Since then, there has been a spike in the number of lesbian characters on TV. But there hasn’t been anything to rival the dyke drama that was The L Word.

If you haven’t seen it, OITNB is smart and funny and tender and touches on such hot-button topics as racism, religion, morality, sexuality and gender.

You want me, Alex?

Plus, Laura Prepon is totally hot with those glasses and that dark hair.

And, hey, isn’t that Natasha Lyonne from But I’m a Cheerleader?

In the spirit of the show, W and I have taken to calling each other by our last names. And when I’m feeling particularly amorous, I call her “Dandelion.”

I’m sure there are those out there displeased that the only show with a major lesbian presence takes place in a federal prison.

But this lesbian is just happy to have lesbian characters back on the small screen.

Have you seen OITNB? What are you watching these days?