That’s me/Michelle on the left.

It’s been one of those days. Taxes are due, and there’s a complication with our filing. I’m dieting. I’m forced to ride the daily ebb and flow of a teenager’s moods like Michelle Rodriguez in Blue Crush. We’re still waiting for a contractor we hired last year to replace our roof to correct a problem. It seems like I’m always working or cleaning or cooking and have no time for my personal writing. Did I mention I’m dieting?

Today, something pushed me over the edge. 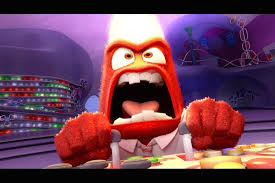 I was like this guy eating a Red Delicious apple.

Instead, I grabbed an apple and ate it angrily, pieces of red skin flying in the air like confetti in Times Square on New Year’s Eve.

“That must be a delicious apple,” my son said.

I ate the apple and cleaned the litter boxes and packed lunches and scrubbed the kitchen floor and unloaded the dishwasher, trying to channel my anger into something productive.

After all that, I sat down at my desk and noticed a piece of paper I had saved. It said this:

“This being human is a guest house.

Every morning a new arrival.

A joy, a depression, a meaness,

as an unexpected visitor …

Be grateful for whatever comes,

because each has been sent

as a guide from beyond.”

Stupid Rumi, I said to myself.

And then I let myself feel a tiny bit better.

As a kid, I wasn’t allowed to show anger. When I was angry, I was supposed to express it in some silent way far removed from my parents.  Even a raised voice was considered talking back.

#1 in moping and sulking

I learned how to punish people with silence.

It was polite.  It didn’t violate our family’s code of conduct.  And I soon learned that it cut deeper than a string of cross words shouted in anger or a clenched fist.

It just took patience and perseverance, two of my best qualities.

When I got older, I learned that anger turned inward is depression.  That made so much sense as I have suffered from depression for most of my life.

This is what I look like when I’m angry.

When I get angry these days, I don’t know what to do with this strange and foreign emotion.

Last night, I was angry.  I felt it in my body but mostly in my trembling hands.  I wanted to put my fist through a wall.  I thought about it.

I went outside and raked leaves as the sun went down.  The physical activity felt good.

I came inside and still wanted to punch something.

Instead, I used my adrenaline to bake a cake.  A tiny lemon cake with lemon frosting.

W and I split the cake before bed and rinsed it down with hot cups of tea.

I ate too much lemon cake.  I ended up with an upset stomach. 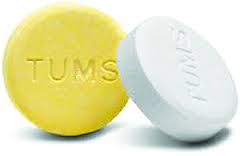 I chewed them.  They were sweet and chalky.

I think W rolled her eyes, but I couldn’t be sure because it was dark in our bedroom.

“This is probably why you shouldn’t eat lemon cake baked with anger and bitterness right before bed,” I said.

So, that’s the moral of the story, folks.  Never eat a slice of angry lemon cake before bedtime.

What about you? What do you do when you’re angry?  Do you have any tips for mitigating anger?