W and I might be vacationing in Provincetown, Mass., in July.

We don’t get a lot of alone time, so this could be just what the Lesbian Doctor of Love ordered.  (Think Melissa Etheridge with a stethoscope.)

Initially, we had talked about going to Boston or Salem, Mass., but W texted me today and asked what I thought about P-Town.

I texted back that it is one of my life goals to buy something from the Provincetown Women’s Bookstore. 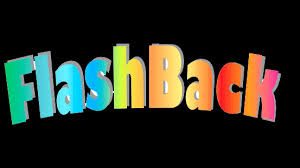 The year was 2002.  A guy named Bush was president.  Later on, this will seem ironic or like heavy handed foreshadowing.

I am participating in a therapy group called “Married to a Man and in Love With a Woman.”  I am married to a man.  I can’t fathom the woman part even though I fantasize about it.

During one of these therapy sessions, a fellow participant talks about going on vacation in Provincetown with her family.  She is surrounded by hand-holding, rainbow flag-waving gay people but unable to tell her conservative family about her girlfriend.

She tells us that the Women’s Bookstore in town offers a 10 percent discount to women-loving women.  “You just have to ask for the lesbian discount,” she explains.

The bisexual in the group asks if she would get a 5 percent price reduction.

The moment that I hear about the lesbian discount, I want it.  It’s not about saving the 10 percent (even though I’m cheap like that) but about being able to identify as a lesbian.

At the time, it’s something that I can’t even imagine.  No one knows I’m a lesbian.  Not my husband or my parents or my friends.  How could I possibly tell a stranger that I’m one?

The Women’s Bookstore becomes a mythic mountain of sorts.  A challenge to train for and to conquer.

More than a decade later, I am ready.

I know that I can confidently ask for the lesbian discount.

Somehow, I suspect that they would give it to me anyway.

11 responses to “The lesbian discount”