Night of the living pets

Every night before I go to bed, I check on all of our animals and make sure they have everything they need before I turn in.  Clean litter, food, water, that kind of stuff.

I went to turn off the light on the bearded dragon’s tank and saw her in her hiding spot.

She didn’t look good.  Not like Lindsay Lohan not good or Nick Nolte not good.  But more like Jim Morrison not good.  Which is really code for d-e-a-d.

My immediate thought was that I’d need to dispose of her lizard carcass immediately.  Like now.  Definitely before the kids get up the next morning and have to see their beloved pet hard and stiff and dead.

The very thought of picking up a dead lizard using a plastic shopping bag started to gross me out.  I know, so very un-butch.  Like lip gloss and glitter.

I slid off the top of the cage and lifted up the hollowed out log under which the dragon was resting.

Her eyes opened slightly.  This is how I knew she wasn’t dead.

I cleaned out the tank and put in some fresh kale and went upstairs to give W a report.

W raised an eyebrow.  Then told me not to worry so much.

Last year, when the weather started getting colder and the days shorter, the dragon went into some kind of state of hibernation.  She stopped eating and just kind of laid around.  It was like me when I’m depressed, only change “stopped eating” to “more, please.”

W thought the dragon was going through something like that again.

“I’m not worried at all,” she said confidently.

I was still worrying.  I could medal in worrying in Rio in 2016.  I’m that good.  I am the Michael Phelps of hand wringing.

“Well, she looks like she has dark circles under her eyes.”

Honestly, that bearded dragon looked like she had been up the previous night snorting lines of cocaine and drinking bottles of Cristal like some scaly hip-hop artist with a brand new record deal.

“And, imagine if you had a bicycle pump and stuck it in her.  But then instead of pumping air in, you sucked it out.  That’s how she looks.  Flat.”

For some reason, she found my medical in-take humorous.  Nurses.

Personally, I don’t see what’s so funny about a strung-out, flat bearded dragon.

Anyway, I felt better when W reminded me of the hibernation thing.  And, I always feel better when W’s not as worried and freaked out like me.  Which is almost always.  It’s calming. 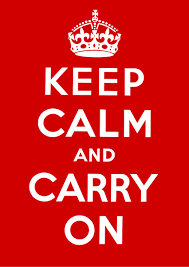 After we had settled into bed and watched some TV, I felt compelled to share another observation.

This entry was posted in Being Butch, Life, Relationships and tagged bearded dragon, butch, humor, lesbian, pets. Bookmark the permalink.

7 responses to “Night of the living pets”